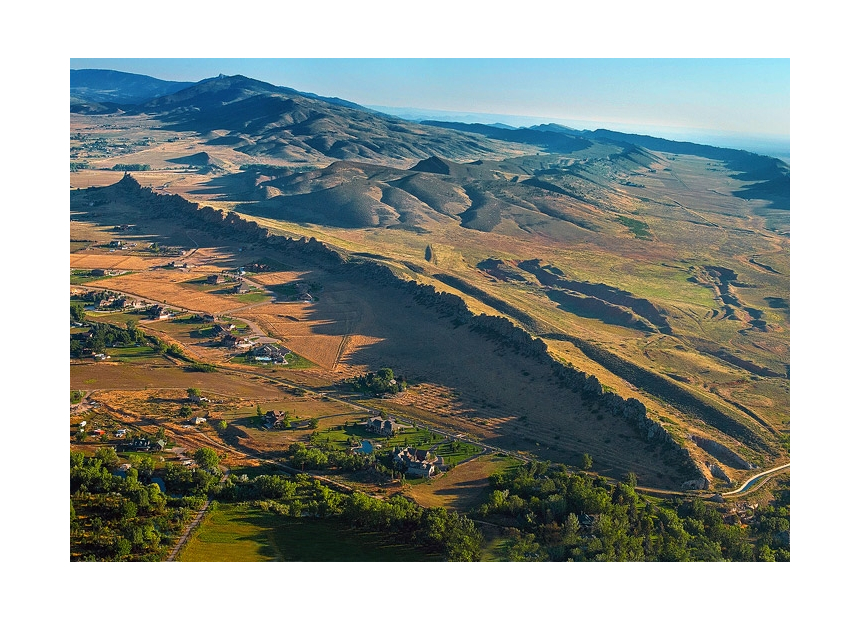 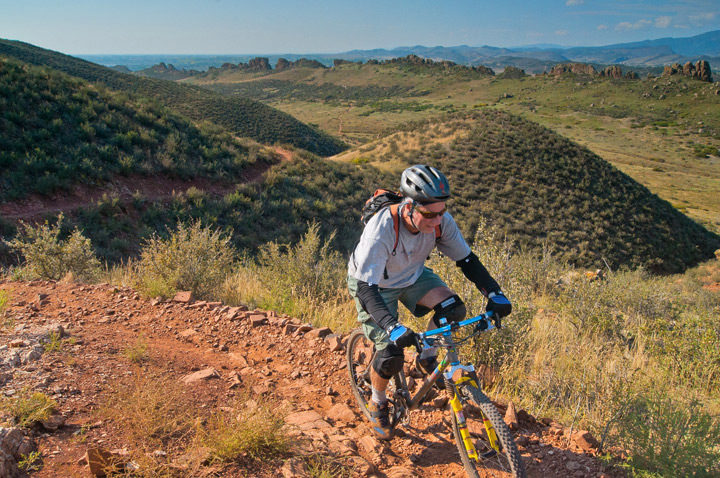 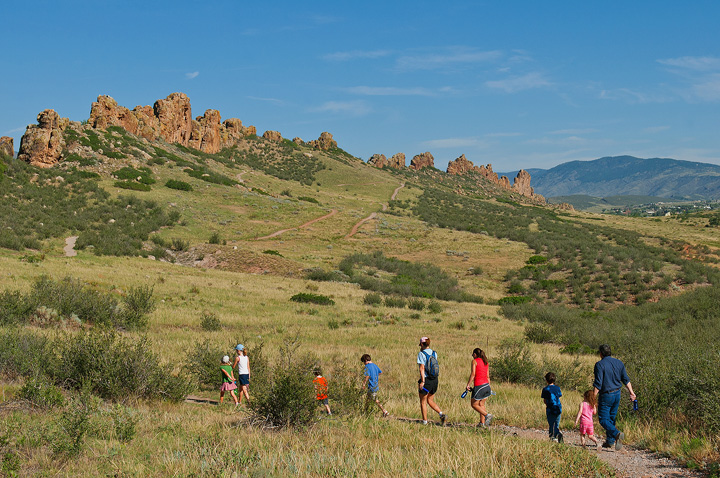 The Backbone's spectacular natural features have drawn a rich history of human habitation long before the community efforts to protect it.

The area once was frequented by Arapaho, Cheyenne and Ute Indian tribes. In 1888 Aaron Benson built an irrigation ditch south of the Backbone servicing 12,000 acres of farmland. It became known as the Louden Ditch and is still used to bring water to Larimer County farms.

Around the same time, indus 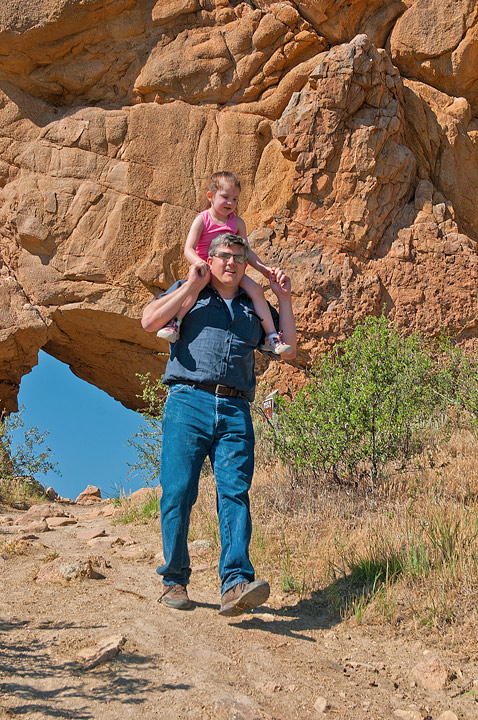 trialist Alfred Wild bought the southern portion of the Backbone. Wild – thought to be the first farmer in the state to sell hops to the P.H. Zang Brewing Co. in Denver – became famous as Colorado’s pioneer hops grower. Wild’s business fortune grew when gypsum, a soft white mineral used in the manufacture of drywall, fertilizers and plaster of Paris, was discovered during the excavation of Louden Ditch on his land. Wild mined the gypsum and processed it at a mill built on his property that operated from 1887 until a flood destroyed it in 1965. Wild found fire clay on his land in 1924 and built kilns to manufacture bricks. Benches for hikers to rest along the open space’s trails were recently built from remaining bricks found on the property.

Wild was as eccentric as he was entrepreneurial. He was said to have an affinity for wearing a white suit, Panama hat and rifle slung across his shoulder while surveying his property and supervising his laborers. He met an usual death in 1933 after succumbing to complications from an accident where he was thrown from his automobile headfirst into a road sign that marked the entrance to his estate, Peep O Day Park.

The Wild family continued to live along the rocky spine for generations and, in recent times, was one of the first families to sell land for the creation of the open space. Alfred’s grandson, Steven Wild, was willing to let go of acreage on the east side of the Backbone to concentrate on the family’s Peep O Day building site: a hill of 22 landscaped acres that includes Alfred’s mansion built in 1905. Steven and wife Lanette opened Wild Lane Bed and Breakfast there in 1993.

“He loved the idea of having it open to the public and having no development,” Lanette Wild said of Steven’s decision to sell the land. “It all worked out in a positive way for everybody. The open space is the way it should be now.”

Though Steven died in 2011, Lanette continues to own the bed and breakfast and wishes to stay true to the family’s legacy by maintaining the grounds and buildings of her adopted home as well as offering it as a cozy oasis for visitors amidst the Backbone’s ruggedness. 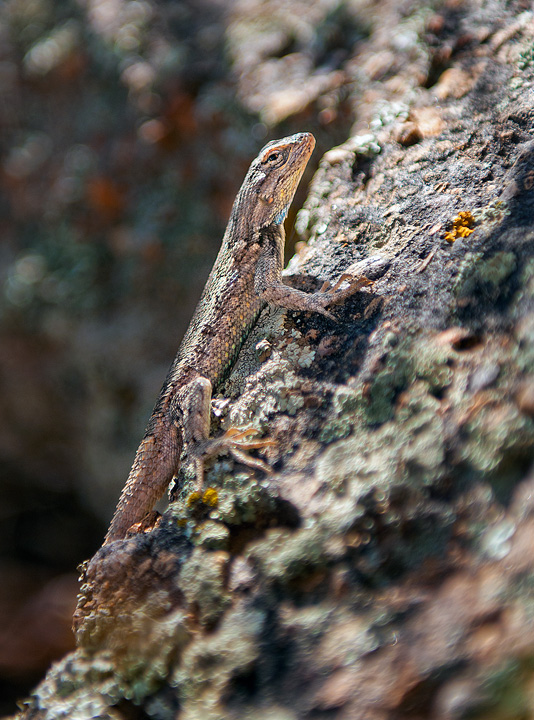 n defending the homestead,” she said, reminding others that beyond the borders of her historic property the rock formations hold a host of devilish hazards, including frequent lightning strikes, nests of active rattlesnakes and legendary burial grounds.

Despite the dangers, the Backbone’s western slopes have been tamed with growing housing and commercial developments, including businesses beloved in the Loveland community. One of those is Sunny Jim’s Candy Ranch, started by “Sunny” Jim Walters and owned for 24 years by Ida Suppes and her husband, Bob. They raised their children near the Highway 34 shop and continue to be impressed by the openness and quiet of the Backbone neighborhood and the kindness of the people who live here.

Today, Ida and their staff sell more than 200 varieties of candy, mostly made at Sunny Jim’s. After a hike along the Backbone, this little candy shop is a popular stop-over for a sweet reward.

The Backbone continues to inspire new residents and business owners. Backbone Recording Studios hosts local musicians stopping to cut tracks after playing in Northern Colorado. The studio is the dream of Greg Colley, who sold his Dallas computer business, built a home along the Backbone and opened the studio as a comfortable place for artists to create music in a stunning natural atmosphere.

“The views are amazing. Just sitting out on the deck is the best part,” said Jason Larson, the studio’s house engineer.

Another nearby business, Backbone Gourmet Grub & Brewhouse, designed its dining area around a spiraling cast-iron hogback patterned after its namesake. For those looking for libations to pair with the ambiance, Backbone also has the distinction of being the only restaurant that serves beers by Grimm Brothers, a brewery loved by Loveland locals, on tap.

With a proximity to city conveniences combined with a rugged natural setting, the Devil’s Backbone is a study in extremes that has captured the imagination of people like Paul Alaback, who is a forester but also a trustee of the Larimer County town of Berthoud. Alaback is a participant of Project Budburst, a network o 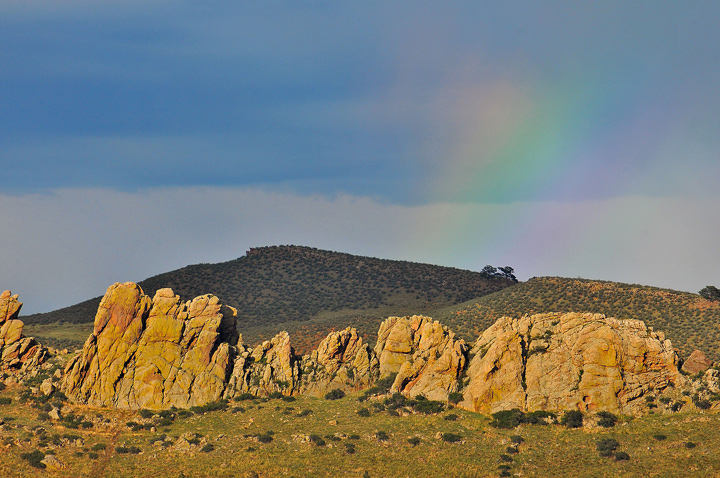 f citizen observers who monitor the seasonal changes of plants in their region. For the last three years, his focus has been on the Backbone, where he is always making new discoveries.

“I’ve seen 120 plant species near the trail, but found a four o’clock flower for the first time this summer,” he said. “Here was this spectacular, showy plant I hadn’t seen before because I had been usually hiking in the morning. It goes to show the Backbone is always changing. We need to visit in different seasons and different times of the year, slow down, observe what’s on the trail, get down on our knees and see this incredible diversity of life out there.”

With such a wealth of human and natural history, the Backbone resembles the state of Colorado as a whole. The vast, grassy prairie to the east gently rolls toward an imposing rocky spine and over that apex waits a western slope that captures the warm light of sunset. No matter what side you may find yourself visiting, the Backbone offers opportunities to speed up or slow down your pace of life. You might even find your own version of heaven along the way.